Why use the six Thinking Hats? 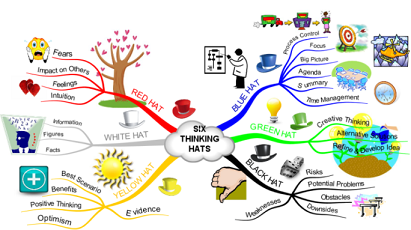 "Creativity involves breaking out of established patterns in order to look at things in a different ways."Edward de Bona

Each hat is a different colour which signals the thinking process.  In a group setting each pupils thinks using the same hat, at the same time, on the same challenge.

What is the'thinking' behind each hat? 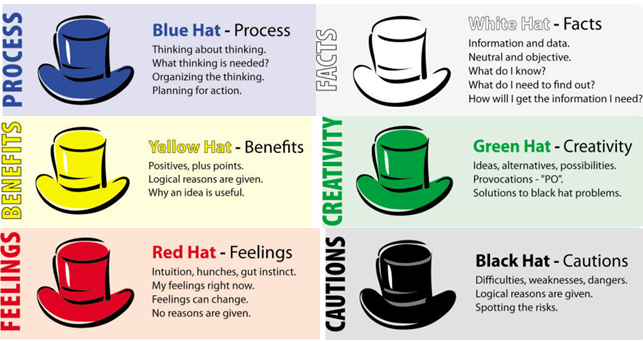